Most of you will have seen the potential disruption of having a gun that can be simply printed from a home 3D printer. The problem has been bullets – not having them for a 3D printed gun that work without shattering the gun itself.

Michael Crumling, a 25-year-old machinist from York, Pennsylvania, has developed a round designed specifically to be fired from 3D printed guns. His ammunition uses a thicker steel shell with a lead bullet inserted an inch inside, deep enough that the shell can contain the explosion of the round’s gunpowder instead of transferring that force to the plastic body or barrel of the gun. Crumling says that allows a home-printed firearm made from even the cheapest materials to be fired again and again without cracking or deformation. And while his design isn’t easily replicated because the rounds must be individually machined for now, it may represent another step towards durable, practical, printed guns—even semi-automatic ones. 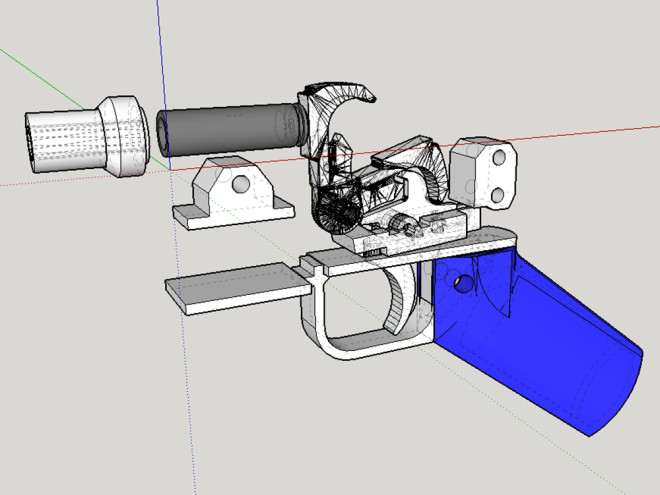 “It’s a really simple concept: It’s kind of a barrel integrated into the shell, so to speak,” says Crumling. “Basically it removes all the stresses and pressures from the 3D printed parts. You should be able to fire an unlimited number of shots through the gun without replacing any parts other than the shell.”

Last week, for instance, Crumling shot 19 rounds from a 3D printed gun of his own design created on an ultra-cheap $400 Printrbot printer using PLA plastic.

Imagine the disruption this could bring to the world – the ability to print and use a gun with licensing it.

And when 3D printed bullets arrive then there is a real problem.

Why The Digital Economy Is Set For A Correction